Home > About Us > Our Diversity And Inclusion Consultants > Jeremy Solomons 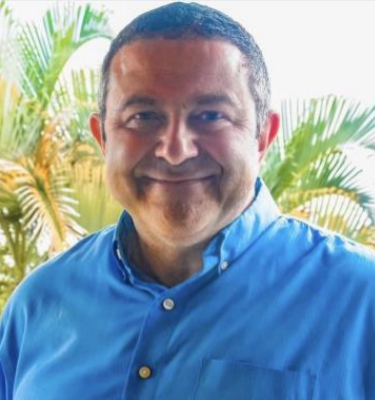 Jeremy Solomons is a UK-born and USA-naturalized coach, facilitator, trainer and writer, who helps current and future leaders to connect and communicate effectively across all cultures – geographical, organizational, professional and individual.

He brings a wealth of experience In the area of Global Diversity, Equity and Inclusion (DEI) to the Symmetra team having consulted on Global DEI strategy and co-designed and facilitated many coaching and interactive training sessions for a large range of different leaders and organizations around the world, including American Express, Barclays Bank, BorgWarner, Caritas, Daimler Trucks, Deloitte, Deutsche Bank, Dell, Economist Group, EY, Gates Foundation, Goldman Sachs, Mercer, Motorola, PWC, Royal Dutch Shell, Sodexo, Swire Properties, UBS, UNDP, University of Texas (Austin) and the World Bank. In April 2019, he co-organized and -facilitated the first African Diversity and Inclusion Forum in Kigali, Rwanda, co-sponsored by the UNDP and the World Bank.

He is an ICF-certified ACC coach and he conducts individual and small group sessions – both virtually and in-person – for senior executives, mid-level managers and high potential early-career professionals. Before he moved to Rwanda in April 2019, he worked with MBA students as part of the coaching cadre for McCombs Business School in Austin.

In Rwanda, Jeremy coaches and trains staff, faculty and students at the Akilah Institute for Women and Kepler College in Kigali. In the USA, Jeremy has been adjunct faculty for the: University of Texas’ International Office in Austin, Texas; Intercultural Management Institute at American University in Washington, DC; and Islamic Speakers’ Bureau’s Leadership Institute in Atlanta, Georgia.

In the past, Jeremy has worked as a Vice president and Global Investment manager for the private banking arms of Citibank and JP Morgan in Italy and Switzerland, and has managed a diverse staff and worked with clients and colleagues from all over the globe, while employed as a full-time Banker, Educator and Journalist in Lloyds Bank International, Reuters News Agency, United Press International and the World Bank.

Rwanda is the ninth country in which he has lived, studied and/or worked for an extended period. The others are: France, Germany, Hong Kong (and China), Israel, Italy, Switzerland, his native UK and his adopted country of the USA. He has traveled and done business in 40+ nations, mostly in Africa, Asia Pacific, North America and throughout Europe.

Born and raised in Manchester, England of Jewish, Lebanese and Persian ancestry, Jeremy holds MA Oxon and BA Honours degrees in French from the University of Oxford (Brasenose College).

As well as speaking mother-tongue English, he has been fluent in French, German, Italian and US American, and proficient in Spanish and Texan. He has also studied ASL, Cantonese, Hebrew, Russian and Swiss German. He is now studying Level 3 Kinyarwanda conversation and grammar.