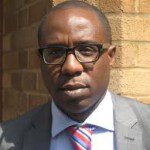 The 21st century has changed the ‘face’ of the world, and some will suggest that the  inter-connecting characteristic of globalisation has been at the heart of this change: The evidence is everywhere to see in the cultural diversity that characterises many of our world cities: London with a population of 7.7 million, New York, 8 million, and Sydney 4.5 million, – cities located 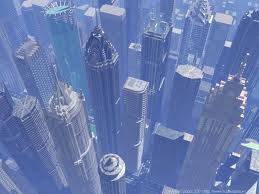 across the different corners of the world in which approximately 150 – 300 languages are spoken – and growing! The fruits of globalisation are quite clear to see.

I am British, and have recently joined the trend of ‘whingeing poms’ that have left the UK to live in the sunny shores of Australia. I arrived Sydney, approximately 2 months ago, having been here 2 years ago for a short visiting stint. As a Diversity Consultant, I had some clear initial pre-conceptions of Australia prior to my arrival. Essentially, I thought it would be a culturally ‘un-diverse’ society. But how wrong I was! In Sydney alone, there are over 200 languages spoken, and a very great visible mix of cultures stemming from a wide selection of countries from across the globe – which is fantastic to see. I immediately found my pre-conceptions of this as a distinctly homogenous society disintegrating…

However, intertwined into this ‘visible’ cultural richness, was something deeper that I later noticed: That the cultures do not really inter-mix. Though there is visible rich cultural diversity, there is little real integration of these cultures. I noticed that people tend to stay within the ‘safe’ cultural ‘enclave’ of friends and family, with minimal effort to really ‘branch’ out. This appears to have created a subconscious suspicion and fear of ‘others’, with particular cultures ‘singled’ out as ones to avoid: “…I don’t tend to hang out in western Sydney, the people there are a bit dodgy…”, I once overhead in a lift conversation. Incidentally, I was just about to get on a train to western Sydney – where I live!

‘cultural integration’.  Indeed, not understanding the differences between both, presuming that diversity exists because one sees diversity visibly, leads to what in philosophy is called the ‘appearance/reality’ dichotomy – the idea that things are not in reality what they might appear to be. Coming from the UK, and more specifically from London, also a very diverse city, but one where cultural integration to a great degree is observed and indeed felt in the fabric of social and workplace behaviours and attitudes, I found that though the cultural diversity within Sydney appears similar to London in many visible respects, a ‘gap’ exists in terms of the internalisation of the behaviours and attitudes that will shift Sydney society from cultural diversity to cultural integration.

But a very important point needs to be made here: for a country that was only colonised in 1788 – just 200 years ago – Australia’s emerging diversity is in fact a fantastic opportunity for making its mark in the ‘diversity space’. And there is plenty evidence of that emerging in the workplace, where a great many organisations are not only keen to leverage the competitive edge of their diverse workforce, but are indeed even more keen to ensure that the results are monitored, measured – and communicated! I think this may well be a degree of commitment that organisations in the UK ought to take worthy note of. Indeed, testimony to this is the most recent achievement of Commonwealth Bank of Australia, who have been awarded the internationally renowned global Catalyst Award 2012 for Gender Inclusion.

The world is a very diverse place, and therefore suggests by implication, that the  experience of diversity will in and of themselves be very diverse in nature. Globalisation is a great thing, but it does not guarantee 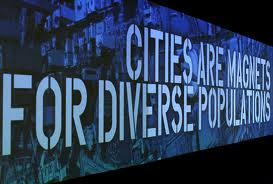 actual cultural integration – as some may be inclined to think. It simply acts as a positive catalyst for ensuring that our diverse cultures have the opportunity to meet each other.

Our world cities have a lot to learn from each other, ensuring we maximise the opportunity that globalisation provides, to shift from cultural diversity to cultural integration, where the appearance is in fact translated into reality – where each person’s diversity is leveraged to positively impact on society and the workplace.