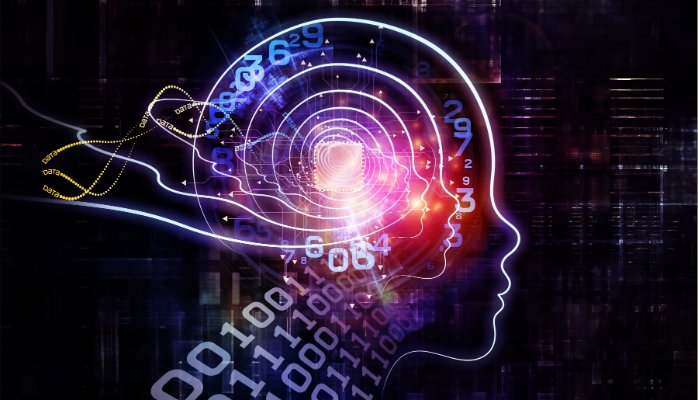 At this point in the twenty first century we are already immersed in and often unnervingly confronted at work and socially by the accelerating pace of change of the new digital age.

We see it on our TVs which depict the arrival of driverless cars, in telephone answering systems which identify us by our voices and at the airport when we are whisked through immigration by facial-recognition technology. New disruptive businesses spring up and familiar processes and systems suddenly disappear every few months.

That the workplace we are all familiar with will undergo dramatic change over the next decade under the impact of robotics, data analytics and artificial intelligence (AI) is a given.

Although it is impossible for anyone to predict exactly how work will evolve in the coming decades, the general trend is unmistakable. Many jobs will disappear and certain human roles and functions will simply be replaced by machines on grounds of cost and efficiency. This will apply not only to manual or repetitive tasks but also to what were previously considered to be more cognitive fields of expertise. It is clear that AI will make inroads into activities previously the exclusive domain of doctors, lawyers, accountants and financial advisors.

While some fear a wave of human redundancy and unemployment other experts like Malcom Frank believe that the new technological wave like others before it, will create more and different kinds of new jobs.

Workplace Diversity in the New Age

But an interesting point to consider is how these changes will affect the significance of diversity and inclusion initiatives in organisations over the next decade and beyond. Will it heighten its importance or will D&I be relegated to the back room again as I have heard some mention in fear?

Some answers are already beginning to emerge.

1. Diversity and Inclusion will grow in significance

In a commercial world needing innovation, agility and constant learning, we at Symmetra are of the view diversity and inclusion will only grow in importance. Indeed for many organisations it will become critical to their ability to compete.

Computers are obviously superior to humans in processing data, scanning volumes of written material and carrying out repetitive tasks without mistakes. AI can outperform human reasoning where sequential logic is required. However AI still lacks the ability to engage in parallel reasoning where humans excel.

While many tasks are being automated, the intrinsically “human parts” of work where computers lack ability will become the focal points in recruitment, promotion and human resource allocation. These include the search for skills such as empathy, communication, persuasion, personal service, problem-solving, innovation and strategic decision-making.

The areas in which humans will add value in a data-driven commercial world are precisely those areas (decision-making, talent attraction and customer-connection) where diversity has already been empirically demonstrated to drive better organisational performance. In addition, diverse workforces are better by a significant margin at developing innovative products than homogeneous workforces.

Technology will increasingly have an influence on how organisations structure and manage their human resources. Big data and data analytics will be used to predict affiliation, retention and team dynamics. Decisions on recruitment and promotion will more often be data based or at least more often supported by statistical analysis, rather than based on intuition. Virtual teams operating globally will become the norm as organisations set up ad hoc groups of freelancers for hire, short and long-term contractors together with traditional employees who might be combined for a specific project and then disbanded. Inevitably these groupings will be more diverse both in identity as well as cognitively.

When it comes to complex tasks, teams that are cognitively diverse are able to use their more expansive mental toolkits to outperform teams of individuals who are each very skilled but do not display the same degree of cognitive diversity. Thus cognitively diverse teams, freed from the drudge work more efficiently executed by AI systems, will be able to apply their imagination and boundary-spanning thinking to create radically innovative products and services and to develop disruptive business models.

Corporate executives certainly understand the increasingly pivotal role that diversity and inclusion will play in their businesses.

In 2017, 69 per cent of executives of corporations surveyed globally rate diversity and inclusion an important issue—up from 59 per cent in 2014 and aligned with this, more and more of our global clients are adopting inclusive leadership training as their foundational approach to building leadership capability- particularly focused on the broadened definition of inclusive behaviour in the 21st century.

The onslaught of the new technological age will actually circumvent many of the human-induced barriers to diversity in the workplace. As AI systems proliferate they will be integrated with working teams. Organisations in consequence will increasingly depend on teams which exhibit cognitive diversity.

Machine learning is capable of removing human-sponsored and systemic impediments to advancing diversity in organisations. One of the major factors hampering diversity in recruitment, promotion and project allocation is unconscious bias. While education on better decision architecture is certainly helpful, there is every reason to grasp the added power of technology in order to reduce the negative effects of inherent human bias.

AI systems can be used to mitigate many of the problems arising from unconscious bias. They can be taught algorithms which ignore cues like personal names or social activities in resumes which are often the triggers for unconscious bias. AI can also assess candidates for promotion by statistically linking past successful promotions to a range of identifiable attributes or skillsets. AI could even be used to monitor patterns of communication between people in the workplace to identify unconscious bias in their interactions and the small everyday iterative opportunities they provide to their diverse direct reports.

As much as other business models face disruption we recognise that the field of diversity and inclusion is also at an inflection point. The model for advancing diversity needs to be seamlessly integrated with the new digital technology to be agile, adaptable and more targeted to fashion diverse teams that can deliver what machines still cannot.

Anticipating this paradigm shift, Symmetra is ensuring we are ready to advise and assist clients to leverage technology to improve diversity and inclusion outcomes, utilising our own unique tools as well as those being generated in a lively start up marketplace.