Home > News & Knowledge > Heather Price: CEO of Symmetra on the paradox of delivering Unconscious bias training in corporate USA amidst the gaining popularity of Trump 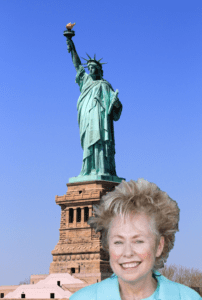 Symmetra has been delivering unconscious bias training to leaders across the globe over the past 6 years which has included working with many large corporations in the USA, some of whom have become outstanding exemplars of workplace diversity and inclusion.

On my most recent working journey this month in the USA I have found it  challenging and disappointing, to say the least, to find myself operating in an environment where the political debate around matters of race, gender and sexual orientation have become increasingly shrill and fraught with enmity. Expressions of racial, ethnic and religious bias and stereotyping are being openly expressed in the public arena raising an issue of stark dissonance between those corporations striving for fairer and more progressive workplaces on the one hand, and the background of harsh racially-charged discourse in the public domain on the other.

Where America has for the last 50 years been upheld as the benchmark on embedding democratic values into the society at large and its institutions, it has now paradoxically become acceptable in some quarters to give explicit voice to attitudes of bigotry and prejudice, often done in the name of casting aside unnecessary and burdensome political correctness. The repeated appeals to racial and ethnic solidarity which have become a hallmark of the current election campaign in the USA are a stark reminder that the task of reducing and overcoming biases and prejudice is a continuing battle.

Working with a progressive financial services company in several locations in the USA over the month of June I became involved in deep conversation on many occasions with outstanding corporate leaders who are truly intent on attracting and retaining diverse talent, “to fish from the full pond, so to speak”, so as to optimise their business performance. In a society where it is predicted that in less than 10 years, 75% of the workforce will be Millennials, of whom 44% currently belong to  a racial and ethnic minority (hence there will be no racial majority group in the USA by 2050) and where women  between the ages of 25 and 34 are currently 20% more likely than men to be college educated, this is surely a business imperative.

However all forward thinking business leaders are  now paradoxically faced with a potential President and his supporters who do not disguise their hostility towards women, Mexicans and persons with disability. Fortunately this overt bias, rather than undermining the efforts of those who are assiduously striving for diverse and inclusive workplaces,  is admirably underlining for them how fundamental it is that they remain on course and even redouble their efforts

America is now presented with a populist leader willing to exploit racial and other fears in an explicit and unapologetic way which is certainly something which the country has not experienced for many decades.

As an ex-South African who has witnessed first-hand the devastating impact of deep seated racial  bias on millions and on the economy at large, I can only hope that the American dream that all men (and women) are created equal will ultimately prevail. Surely the thousands of leaders in big business, who subscribe to responsible and ethical business values will leverage their power to ensure that the years of constructive and painstaking building of a more inclusive society and more equitable workplace will not be lost.

This current paradox is disturbingly too reminiscent for me of  what it was like when I worked with big corporations in South Africa in the early 1990s, who were subscribers to the Sullivan principles (which happened to be American!) intent on responsible business and upholding democratic values whilst operating in an Apartheid society which stood for the very opposite. Whilst I can understand and appreciate that some Americans perceive  that their livelihoods and culture may be at risk, I do hope a progressive mindset will prevail which upholds that collaboration, in spite of our differences, will always be of greater benefit than isolationism and antagonism.