Home > Diversity > Something curious (and wonderful) is happening in DEI 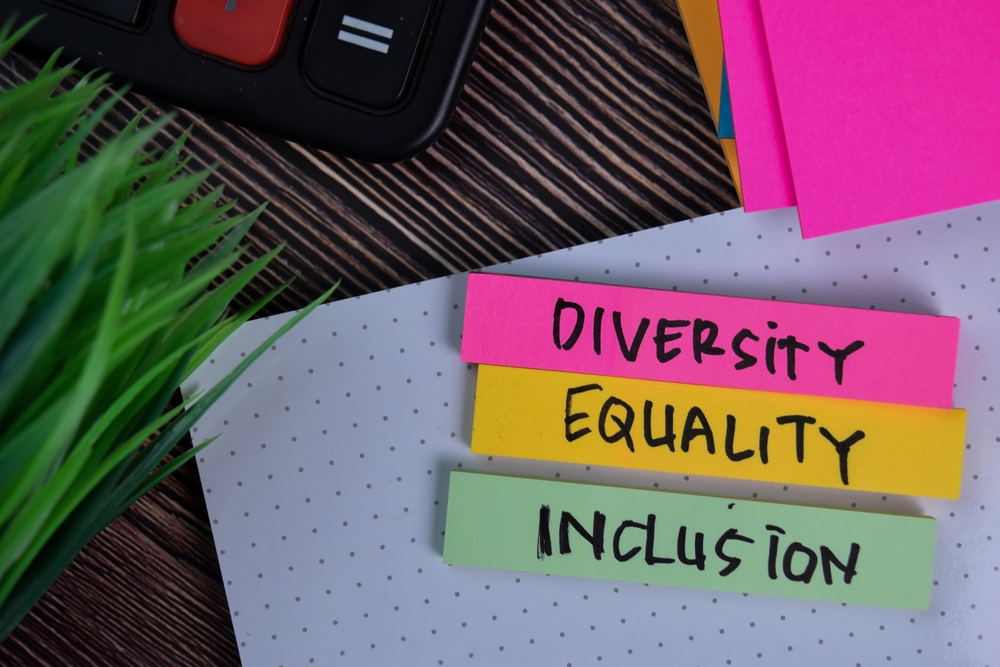 I’ve been in the field of diversity and inclusion (D&I) for almost 15 years now — not as long as many, but long enough to have observed some of the significant trends and changes that have happened over time. The latest trend I’ve noticed (which I welcome wholeheartedly) might sound a little odd at first:

D&I has always been about people and the way we interact with each other in the workplace and society; so you would think that, by definition, it is at its very essence a very people-centric topic.

So what do I mean?

When I first joined the field, this humanistic or people-centric element was pretty front and centre. Inclusion was first and foremost about equity; about ensuring fair and just treatment for everyone. This was a hot topic for us, and we talked about it all the time. It was a major moment of realisation for people in our programmes – the revelation that we should be aiming for equal outcomes, not treating everyone the same.

Of course, we spoke about the business case back then, but the data wasn’t so strong at the time – it was to some extent, a principle of faith that could be adopted by business leaders based on the fact that they intrinsically believed in fairness but needed the business language to justify some of the effort and investment.

However, in the late 2000s, the business case got a big and sudden boost.

Suddenly, there was research available in every corner: McKinsey & Co published their first Women Matter paper in 2007; Scott Page published his pivotal book “The Difference” in 2008; the late Katherine Phillips published some of her most pivotal papers on diversity and decision making in 2009. The evidence piled up and became impossible to ignore.

All of a sudden, we went from doing sessions that were largely about equity into a deep dive into this evidence, spending 1-2 hours with leaders and executives to put across a single point with undeniable certainty: diversity and inclusion is good for business.

And this messaging worked. The 10 years since has seen dramatic growth in executive buy-in for D&I, and our company with it. It’s not because people no longer cared that it was in the interests of social justice and that it was the right thing to do, but it was much easier to pursue these noble goals under the guise of doing what is right for the company and for the shareholders. We could do well by doing good.

Now I am not suggesting that everyone took this tack. There were still thousands of people around the world focused on dismantling sexism, racism and all other -isms in the workplace simply because they were wrong and diminished the inherent dignity of every human being – no economic justification required.

This was, and still is, something I believe in deeply myself, but this didn’t always carry water in the corporate space; it was the business case that drew the energy and investment needed from executives to make real changes that would, as a result, create fairness and inclusion.

The drawback was that we didn’t talk about equity nearly as much. By equity I mean taking steps to ensure fair outcomes for people who have faced systemic biases and historical disadvantage, so that they substantively have equal opportunity to achieve the same outcomes as people who are born with certain privileges.

This is different to equality which is the basis of most anti-discrimination legislation, which suggests that simply by not preventing anyone from accessing any opportunity, programme or job application, we are providing substantive fairness. But all the real-world evidence shows this is not the case – we all need to do much more to understand the lived experience of others and why those of us who experience certain privileges have an obligation to level the playing field for those who do not.

There were times in this last decade when I did question whether we and our clients had strayed too far off the path, that our language about D&I had become too sanitised, even if it was getting some of the desired results.

And then 2020 happened, a pivotal year for so many reasons: the pandemic, of course, but also another year of explosive growth in interest in D&I.

This time, however, it’s been driven by purely humanistic reasons. The #BlackLivesMatter movement is the foremost symbol of this, a global movement that recognises that it’s not enough to be ‘not racist’, we must also become anti-racist. The last few years have seen society become increasingly “woke” to the need for equity and as such the expectation being placed on businesses to respond appropriately is much, much stronger.

And it’s not just race – this energy has infused all aspects of intersectional diversity, from gender identity to cultural background. Executive leaders are once again standing up en masse to say: We will do this regardless of the business case because it is simply the right thing to do.

In 2021, I have heard CFOs stand up and say: “The numbers don’t matter”; the Global Diversity, Inclusion and Belonging Benchmarks, which we contribute to, were renamed to add “Equity” into the title; and multiple clients have remarked how significantly the conversation has changed.

Our programmes – while still backed by strong empirical science and a compelling commercial basis – are now being infused with anti-racism and anti-sexism skills-building and this is being wholeheartedly embraced by all participants.

The business case is still there. Let’s be honest, many people still need it and major investment is still required – but Diversity, Equity and Inclusion (DEI) is very much more human today than it has been for a while.